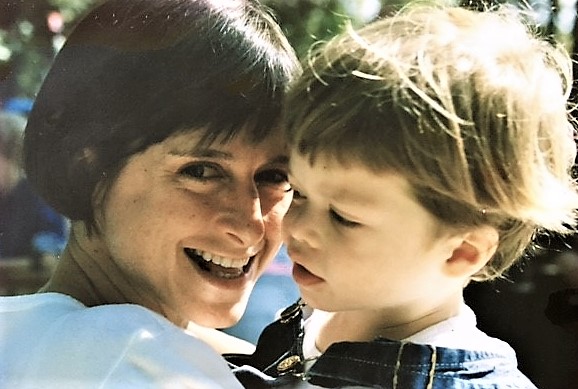 Learning to Parent With The Heart In Mind

My perspective on parenting has changed over time – a lot. I learned to parent from the heart instead of the mind. I focus on my son Matt’s inherent goodness and strengths not his struggles with dyslexia or ADHD.

When Matt was a toddler I obsessed about his intellectual achievement, measuring his progress against benchmarks in books for the first 24 months of his being. Inside his baby book, there is a list of 14 words he could say at 12 months, a collection to symbolize his exceptional verbal skills. At our first preschool conference, I asked the brand new teacher if he was gifted. She was gracious and responded that it was too soon to tell. I hope she thought I was whacked because I was.

We hit a hurdle on the way to Harvard in elementary school. Matt couldn’t learn to read or manage to sit still throughout class. His math skills were iffy too. My competitive nature aside, I knew Matt was very able so I went on a quest to “fix” everything. I read thousands of pages about ADHD and dyslexia and consulted doctors and psychologists. Atlanta has one of the best schools in America for remediating dyslexia so that’s where he went. I found the most competitive moms’ favorite tutors and signed Matt up. I subjected him to all forms of cutting-edge therapy, from colored film overlaid on paper text to occupational therapy, equine therapy, and visual tracking therapy.

Parenting a child with ADHD has been the real challenge as a parent. Our journey was rocky and long with plenty of blind curves and steep hills. ADHD has probably been harder for Matt to manage than dyslexia as well. There have been a number of hair-raising incidents, including skiing off a cliff because he didn’t notice a sign. I’m aware of three speeding tickets. Other stories are his to tell. 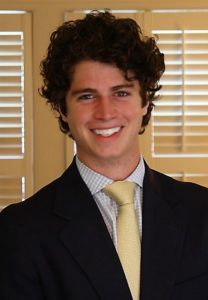 Matt survived my relentless attempts to erase dyslexia and ADHD as well as my reign of terror in boy scouts as I nagged him all the way to Eagle Scout. Then he went to college and out of my grasp. Lo and behold, he became an engineer without my guidance. I didn’t absorb this lesson.

When Matt came home from college we argued for months about things big and small. Watching him navigate the work world the stakes felt higher than ever. I maintained a careful watch over everything he did. Finally, I realized that I had to change the way I saw him. Worrying and pushing him was wearing me to the core. He got a good job on his own. And still, I didn’t get it.

Slowly I learned (thank your universe) to focus on what really matters. It’s believing in our children’s souls and their capacity for goodness, nurturing their inherent strengths and doing our very best to appreciate where and who they are at any point in time.

Changing a mindset requires endless practice. Sometimes you just can’t get in gear. Last week Matt told me about a problem at work, and I spewed solutions. I know I’m making progress though because Matt talks to me openly about his experiences and challenges. He even asks for advice occasionally and invites me to join him for a beer. I try to focus on what he is doing and thinking in that moment without judgment or expectations.

I am grateful that I notice things about him that I couldn’t before because I was focused on my goals for him. You can overlook some of your children’s finest inherent traits when you are consumed with your plan to “fix things.” I love that Matt listens with all his heart when someone he cares about is in pain. Our friend Lori died recently from pancreatic cancer. Her husband Steve and daughter Erica joined us for dinner a few days later. Matt gave Steve his complete attention as he talked about Lori’s struggles. Everything in Matt’s face and posture communicated deep empathy and concern. It was as if time stopped and there was only Steve to consider.

Matt’s heart defines him, not his struggles with reading or impulsivity or rules. When it counts, he is all in.