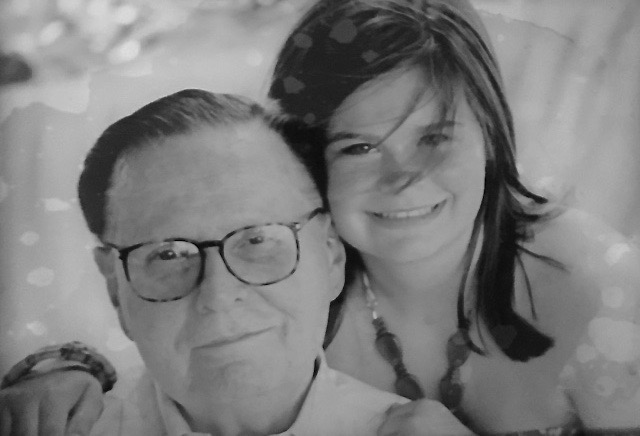 Sometimes You Have To Dig To Find Goodness

My uncle is 87 and a very difficult man. Sometimes I struggle to find goodness in him. He has an iron grip on his routine, a powerful sense of entitlement, and no filter. He’s lived alone since my father died last year so I fly up every few months to check on him.

Yesterday I headed to the airport with the distracted calm of a human on autopilot because I was anxious about seeing him, actually a nervous wreck. When I stepped on the commuter plane and saw nothing but rows of people wedged tightly in their seats, I was dangling from a thread. The aisle was so narrow that it was all but impossible to get to seat 17C without smacking someone in the head with my tote bag. By the time I spilled myself into the seat, just shy of the bathroom, I was washed in anxiety and disbelief.

In preparation for the hell that is air travel, I packed my daughter’s bright red neck pillow and lavender oil.  After takeoff I flung the oil like holy water on the pillow, wrapped it around my neck and stuck my face in the fabric, sniffing around around like a dog. It helped.

Despite my fears, I felt a wave of comfort when I opened his apartment door. I spent so much time in my uncle’s apartment as a child that it feels like home. I always do a bit, or a lot, of snooping in cabinets and drawers when I’m home. My uncle keeps everything so you’re bound to come across a precious photo or interesting butter knife. This morning I found a butter knife from Tiffanys that is coming home with me, along with a Rheingold beer opener, and an old potato masher that has a beautiful wood handle.

I also found a dusty, old cookbook among the cleaning supplies that was the best discovery because it came with a good story. It’s titled Ruth Wakefield’s Toll House Tried and True Recipes. Ruth turned her home, built in 1709 on the outskirts of Whitman, Massachusetts, into a successful toll house.  Her passengers paid their toll and had a home cooked meal. I wondered if she was the source of the Nestle’s toll house cookie recipe. She was! I make those cookies all the time.

At dinner, I told my uncle about the cookbook. He knew exactly which book it was and where I found it. He told me the story of visiting Ruth Wakefield’s toll house with his dad and my father every summer on the trip home from Camp Winnipesaukee in New Hampshire. My grandfather would pick them up, stop at the toll house for lunch, and head over to Boston for a bit of business. It was one of those happy moments where you make both an interesting discovery and another link to your family history.

I also raided a file cabinet and found dozens of letters I wrote to my uncle all the way back to fourth grade. They were filled with affection. There were also report cards and correspondence related to my care throughout childhood. The letters he sent to my camp and school during my mother’s illness brought tears to my eyes. He took care of everything behind the scenes. Finally, some goodness found.

I knew Uncle Tony did a lot for me, but I never knew how much. He made an extraordinary investment, chronicling and overseeing much of my childhood. I needed to read those files to remember how much he meant to me and to understand the depth of his commitment.

He may be très difficile at 87 and unable to hug or say, “I love you,” but if I take the long view, I can see that he once was a good man.