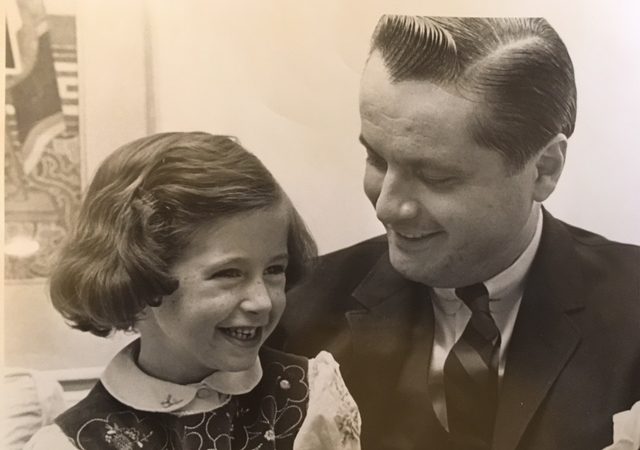 They say there are no accidents. That is not true. I am a classic accident. Technically speaking, I am an only child born to Rita Marie Murray three months after her 18th birthday at Saint Vincent’s Hospital in Manhattan. This is not a joke. She told me I was a blue blood baby. I only recently realized the double entendre, a maternal blood anomaly called RH negative that made us technically incompatible and her unassailable belief that we were special.

Her parents tied her to my dad sometime during the previous winter. In keeping with tradition, the wedding was announced in the New York Times, and despite the circumstances my father’s family was thrilled to now be part of one of the most distinguished Catholic families in New York. Thus, began the disaster that was their very brief union.

My parents weren’t equipped for much of anything. They were both very loving and kind people, but neither finished college, and it turned out that they both had severe mental illnesses. Therefore, my father’s nanny and my aunts and uncles stepped in to raise me. I had some exceptional aunts and uncles. The grandparents did what they could, but it turns out they were totally messed up too. Our nanny Sugar, with the beautiful birth name of Flora, saved the day. She took care of me all day every day from age 6 months to over a year while both of my parents took extended “vacations.”  Today you would say they were in recovery. The truth is they both lost their shit.

My mom left my dad in a spectacular fashion, hitting the road with me and a photographer. She made it all the way from Pelham, NY to California before my dad called the FBI, and they hauled us home. My dad went to the Institute for Living in Hartford for an extended stay, and my mom was sent somewhere. I was deposited at my grandparent’s house, and Sugar took over.

Sugar became my mom in the truest sense. Her even voice and pure heart kept me afloat. She gave you lots of space to just be. I don’t remember watching TV or playing anything formal other than cards with her. She had the stinkiest dog food and a nice, unassuming cockerel spaniel. Sugar remained an intimate part of my life until she died. I was sitting in my dad’s all white Cadillac, resting my head on his lap, when he told me Sugar passed. They’d already had the funeral. I was nine. We were on our way to the airport so he could return me to my mom. In terms of shattering, it was the worst day of my life.

Sugar had a foster child named Peyton. He is my brother, and no one can dispute it. We grew up together, spending Saturdays in Sugar’s home just hanging around. He built model airplanes and occasionally gave me rides on his back. He had a room filled with model airplanes. I slept in Sugar’s lumpy bed, and I loved it.

Peyton is the kind of brother who’ll step up in an instant. I called him recently and asked to see him. He’ll be here before Christmas. It’s no small commitment. He is a busy man with lots of responsibilities. My family, on both sides, struggles with connections. We grew up with a gift basket full of mental illnesses. We even lost an aunt to suicide. Most of us work like mad to be whole, but some of us are not there yet.

This is a story about family, love and race. There is more to come.